experience.performance. of our specialty waxes for mining explosives

Paramelt waxes, Basewax™ blends and Syncera™ wax emulsions for the production of both conventional and emulsion explosives 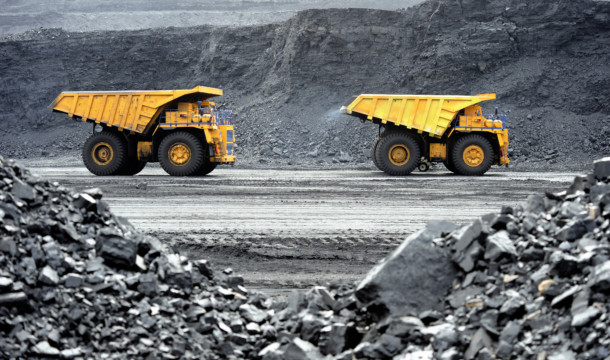 Basewax™ blends are used to modify the continuous fuel oil phase of emulsions explosives such as ANFO to form a stable and consistent explosive compound.

Traditionally microcrystalline and beeswaxes are used to provide lubricity and heat-shielding in high explosive processing.

our range of speciality waxes for explosive applications

Ammonium nitrate is not of itself an explosive material, but readily forms an explosive mixture when combined with fuels such as mineral oil. In addition, ammonium nitrate is highly sensitive to moisture, which limits its use in open mining environments. As a result of these deficiencies, emulsion-based compositions were developed to optimise the explosive capacity of so-called Ammonium Nitrate Fuel Oil (ANFO) explosives. These emulsions are formed from a continuous oil phase with a dispersed salt mixture, primarily ammonium nitrate together with a bulking or sensitising agent, which can be air bubbles or microcapsules and an emulsifier.

The physical material properties of these ANFO explosives are largely determined by the nature of the continuous, oil phase. A wide range of waxes is therefore used to modify the oil phase in the formulation of ANFO emulsion explosives. The waxes provide certain key characteristics to the end compound, without compromising on high calorific value as a fuel.

One of the obvious advantages of producing water in oil emulsion compositions (where oil forms the continuous phase) is the protection provided to the encapsulated salt particle. Paraffin waxes, being highly linear and regular readily crystallize on cooling from the melt to give very high levels of moisture barrier. Grades can be selected on the basis of their normal content to give enhanced barrier protection in the blend.

Whilst highly regular paraffin waxes provide enhanced moisture protection, their lower melting point and high regularity mean that they are prone to reorganisation and recrystallization during repeated thermal cycling. Microcrystalline waxes, which are less structurally regular but possess a higher melting point due to their longer chain length, are therefore widely used to enhance thermal stability of the continuous phase with respect to reorganisation, which may disrupt the surface layer on the emulsion particle.

The inherent moisture barrier properties of the oil base phase naturally lead to enhanced storage stability of the emulsion explosives. However, of itself, mineral oil possesses no solid-state structure at ambient temperatures and so the physical structure of the emulsion cannot be permanently set to ensure consistent explosive performance. Waxes are used within the oil phase to fix the matrix structure and to provide long-term stability to the emulsion.

Explosive propagation in narrow diameter environments is known to be particularly challenging. Although the small diameter (SD) performance of ANFO explosives are recognised to be relatively good, propagation in end-initiated so-called cap sensitive, formulations can be limited. Here, stiff, high melting waxes are used to boost shock propagation through the charge during initiation.

Whilst paraffin and synthetic waxes are highly effective property modification such as stiffness, oil binding and moisture barrier, their high crystallinity and macro-crystalline morphology can have a detrimental effect on the flow and processability of the final compound. Amorphous or microcrystalline waxes are frequently employed to moderate the final plasticity of the emulsion.

The control of the emulsion morphology is critically dependent on the relative rheologies of the aqueous and oil based phases, as well as the relative interfacial surface tension. Waxes play an important role in adjusting the dynamic viscosity of the oil phase.

Emulsion explosives also require a bulking agent or sensitiser which provide initiation points for the explosion reaction via the so-called ‘hot spot’ mechanism. In many ANFO explosives these sensitisers are simply formed by the inclusion of stable air droplets within the emulsion. Waxes perform a critical role in this respect by enhancing the air entrainment capacity of the oil phase.

Waxes are used in combination with other particular additives such as carbon black to modify explosive compositions to desensitise both press- and cast-loaded explosives. The waxes act as an explosive binder but also provide for lubricity and heat-shielding in processing and storage environments. The key thermal requirement of an effective desensitizer is its capacity to absorb significant heat load at or above ambient temperatures. Therefore, waxes can be selected on the basis of heat capacity, melting enthalpy and melt point temperature (above which the wax is no longer effective).

Coating techniques are known for the pre-treatment of explosive material particles prior to forming, casting or pressing. By providing a controlled, homogeneous coating on each individual particle, the effectiveness of the wax can be substantially enhanced giving benefits in terms of explosive capacity (packing density) and safety/initiation energy (e.g. falling hammer test).

Paramelt is global leader in specialty waxes, adhesives and dispersions. For more than 120 years we are essentially wax formulators and are an independent, privately owned company.
Paramelt heritage

As the recognized wax specialists, we harbor industry experts and rank # 1 or 2 positions in our core markets. We continue to invest in process technology leadership and consolidation in these core wax markets and grow by offering ‘value for money’. Over time this position has enabled us to grow strongly in adhesives and dispersions markets. Value is our driver and custom-made products the norm.
Specialists (niche player)

We are specialists, but are always open to complementary opportunities. We have direct decision making and short communication lines, our people throughout the organization take ownership and with a can-do attitude we make it happen. The annual re-investment rate is high and the company’s financial mass can underpin substantial investments.
With an entrepreneurial attitude

Technology drives our thinking. We combine long term strategic product and process research with flexible and responsive product development. We are inquisitive and challenge conventions which can result in ‘blue sky investments’. We are recognized by our knowledge leadership in core markets.
Driven by technology and innovation

‘Batch-to-batch consistency is our constant goal’: this is our focus both for investment casting waxes used for aerospace parts and our food grade waxes and adhesives produced in our FSSC/ISO 22000 sites. This is why our customers rely on us.
Delivering security and consistency

From our 8 manufacturing sites we can address regional differences and trends and provide product equivalence with local sourcing. We have our own regional sales and technical staff and have a specialized and knowledgeable distributor network for ‘selected market niches’.
With a global reach and local service

At the core of our performance lies a team of experienced and knowledgeable employees. We build long-term partnerships and are responsive, flexible, committed and loyal.
Building on people and partnership

With 8 production facilities delivering in more than 80 countries, we have truly global perspective and local service.